These games include 8-ball, poker, Anagrams, Gomoku, and Sea Battle. If you need to try out more games, check out our list of best iMessage games. While GamePigeon is interesting to play on the iPhone, it can feel even better and easier when played on a big screen, whether an iPad or your TV.

Gamepigeon Crazy 8 is a fast-paced game that has a massive following. It is one of the best games on iMessage and an excellent multiplayer game to play with your friends. 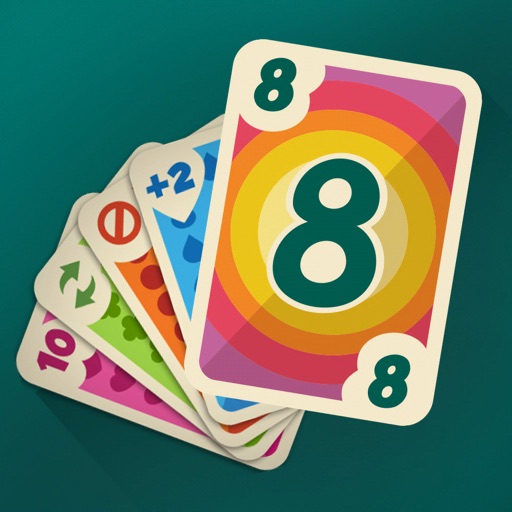 To start Crazy 8 on iMessage, three or more players must join the game. This is a card game that requires players to set their own time limits and then follow the general rules of the game.

Unlike most card games, kids can also play and enjoy this game. This is partly because the game’s rules are simple and it takes a short time teaching one how to play crazy 8 on GamePigeon. It is a game that demands a combination of both skill and lots of luck. The rules of the game are simple, and we have outlined them below.

A player in this game aims to be the first one to use all their cards and go out.

The cards and dealing

The rules here are a bit different from other card games such as poker. A standard 52-card deck is used. Depending on the number of players, more decks can be used.

Each player will initially be dealt with seven cards. One of the remaining cards will be dealt on the table face up to serve as a starter to the discard pile. The rest of cards will be placed face down and remain as the stock.

What Is Crazy 8 On Game Pigeon Forge

Players will begin from the dealers left, which is the left side of your screen. The first player has to match the upcard either by rank or suit. For instance, match for an eight for eight. The pattern continues until a player can match up.

If your dealt cards elapse, you can draw from the stockpile. The winner will have points equal to the number of cards the opponents are left with. You may think that your Crazy 8 on GamePigeon is not working correctly since the patterns may differ from the ones on a standard card deck. This is not a hitch but just the design of the game.

Read Also: How to uninstall GamePigeon from iOS

It is difficult to find out how to cheat on Crazy 8 on GamePigeon since the game changes entirely with each different round. However, just like all other card games, an excellent mastery of the deck will offer you an advantage over your opponents.

There are several things you need to watch out for when playing. One of them is to ensure you have many cards of one suit. This will increase your chances of pairing on a single suit.

At the same time, the other players will find it challenging to pair with your suit since you have the majority of the cards. Ensure you use wildcards or eights correctly. Since your play also affects all the other players do not withhold cards.

If you withhold a card such as an eight if another player wins it gives them a point tally of 50 from a single 8 card. These are just the common GamePigeon crazy 8 cheats and best plays in one of the best games on GamePigeon.

What Is Crazy 8 On Game Pigeon Live

Read Also:GamePigeon not working on iOS? How to fix