Better late than never. Earl Sweatshirt and Tyler, The Creator aka Wolf Haley run amok in their new (possible fan-made) video for “Pigeons.”

Sporting Barack Obama and Mitt Romney masks, the Odd Future rappers pull capers in the hood, and suburbs, that include robbery, kidnapping, assault and petty theft. The song’s treatment doesn’t have much to do with the song’s actual content, so stop nitpicking.

“Welcome back to class, b-tch, grab on to your glasses/Odd Future leaving even ni–as in past tense/Style is patent, the measures is drastic/Either that or they 4 4, some call them fantastic,” spits Earl. For those wondering, “Pigeons” is from Earl Sweatshirt’s debut album, Earl, that dropped in 2010 before the whole his mother sent him to boarding school while the OFWGKTA crew blew up thing. 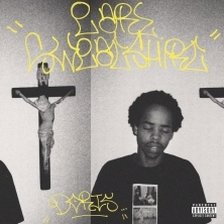 Don’t try any of this at home kids (the rhymes or foolery played out on screen), this is purely entertainment.

Watch the Chimp directed video for “Pigeons” below.

Our staff has picked their favorite stations, take a listen...