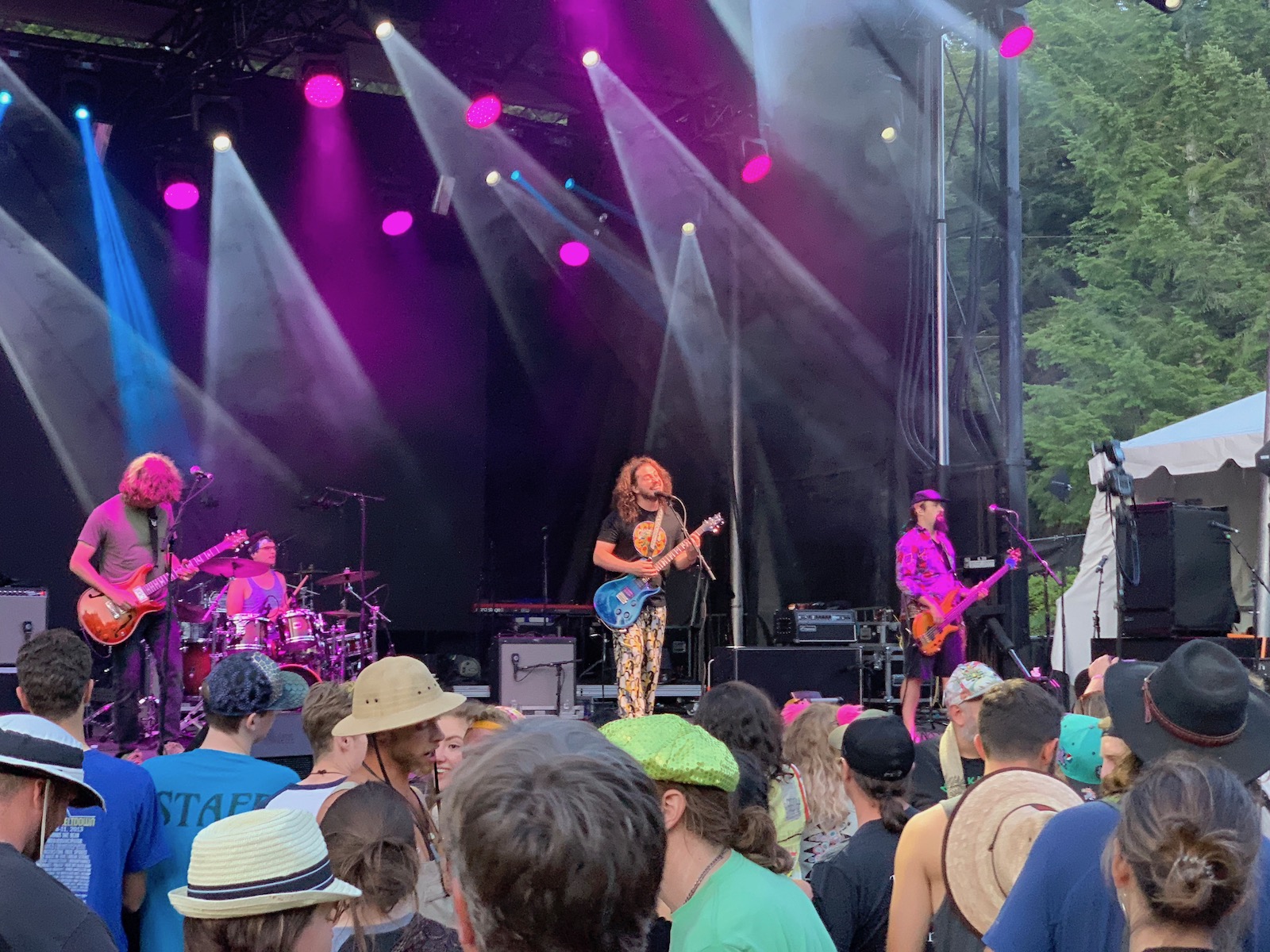 Jam in the Van

Pigeons Playing Ping Pong is an American funkjam band from Baltimore, Maryland.[1][2] The band has garnered a following as a result of their consistent touring, playing as many as two hundred shows a year.[3]

Pigeons Playing Ping Pong began in 2009. They released their first full-length album titled Funk E P in 2010.[4][5] This album name is a play on words says vocalist/guitarist Greg Ormont, and unfortunately the name led people to think this first album was just an EP. In July 2014, Pigeons Playing Ping Pong released their second full-length album titled Psychology.[1][4][6][7][8][9] Pigeons Playing Ping Pong has hosted Domefest every year since 2009. The location of the festival has changed periodically but is currently held at Marvin's Mountaintop in Masontown, WV. In a 2017 interview,[10] Greg Ormont (vocals/guitar) said, 'We met in college at the University of Maryland and the dorm project turned into the real thing. We've been playing for over 8 years. We've been touring the country for 4–5 years and just having a blast spreading our high energy psychedelic funk and good vibes. We like to bring the party and show people a diverse time that is positive and fun and everyone leaves a happier person.”