'THE KING OF SPRINT'

This time our destination was the . We had planned a visit to Bert Braspenning who lives in the polder Wijdewormer. Bert lives there in peace on the edge of a beautifully landscaped golf course. Over 350 years ago the Wijdewormer was only water, there is then started to build dykes around and then all the water pumped out. It is now a beautiful nature reserve where a variety of water birds have their breeding ground. Middle of the polder landscape, between and Purmerend is behind the farmhouse a beautiful loft build were superb performance are achieved. This was the reason for us to arrange an interview with the 'King of Sprint.
ICON IN PIGEON SPORT
Provincial Bert Braspenning enjoys more than 50 years widely known for his years of stellar play on the middle distance and sprint races. Because of this he became also a great national reputation, the knows him as the man of the fast 'Janssen' pigeons. Already in 1952 he came into possession of his first Janssen pigeons and to this day, he is a 73 year old, still the man to beat. More than 50 years at the top, there are few who can say. Not only Bert but his beautiful fast sprinters enjoyed great fame in various European countries. He has over a thousand first prizes and championships won. By Bert is over 50 years speeding pigeon breeder he got in 2000 along with a number of leading breeders an EEC certificate. Since then, he may speak of the race Braspenning.
NO DAY WITHOUT PIGEONS.
In the organization he was no stranger, many years, he held various management positions. Always pigeons, no day without, even when he was 8 years long practiced the sport of cycling. He was 35 years been a popular judge of racing pigeons. Received an EEC certificate as an international pigeon racing journalist, cared for many years the weekly reports for various newspapers and magazines, wrote in national newspapers and writes still in some international pigeon magazines. Bert committed on the sport for 40 years for cancer control, he was 'Member of Merit' of the NPO (pigeons) and the KNWU (cycling). For his positive contribution to the pigeon and cycling and his dedication to fighting cancer, he received a royal decoration.
LOOKING AHEAD.
It is interesting to from all of the year’s top pigeons view the results, only thus could have filled an entire newspaper. It would be even more interesting to look ahead that’s why only the results of the last two years. By the pigeons Leo Heremans (B) by top player Willem de Bruijn are the fast Braspennings, beautiful light scratches and predominantly blue light, become truly multi-talented and belong now on the one day long distance races to the top. The last two years was less 12 times reached a victory in the district. Therein flies every week to around 250 fanciers who, depending on the distance, between 2,000 and 5,000 pigeons bring to the start. With great regularity, Bert Braspenning is the major eye catcher, not only for his outstanding performance, but mainly by the high price rate that his pigeons in the top of the result been rewarded.
SMALL BUT FINE.
If it’s going about performances Bert Braspenning belongs over 50 years in the major provincial champions. In that game context, he won everything there was to win. We certainly can not rank him among the fanciers with a large number of pigeons. For many years he knows his inimitable performance gain with 24 pairs of racers. For years he played only with cocks but since 2000 with cocks and hens on widowhood. The hens play according as the season progresses, the best average. It is striking that yet each year the best pigeon in the loft is a cock. Bert plays with mostly rather young pigeons. In his loft you will see just a single three-year, the yearlings dominate (60%) and 2-year olds. The real top pigeons move quickly to the breeding loft where 18 couples care for the annual supplement of youngsters. Bert plays with approx. 50 youngsters whose parents are almost all winners or champion pigeons. Just toppers gives toppers, says Bert.
SIMPLE
According to Bert, the game with the pigeons are not as difficult as many think. Most fanciers make themselves difficult. This is because they can not afford a prompt treatment and then it will not work. Those that do will also achieve performance. Commitment and confidence in your pigeon is the basis for a good result. Performance will definitely not come from a bottle or pill. The key is good pigeons and a good manager. The rest is irrelevant! Beginners should read a lot about birds and listen to what older fanciers have to say.
Bert does the care in the racing season at the minute. Only then will the pigeons come in the right condition and only birds in good condition can race prize. Pigeons that have to deliver top records need a good and varied diet. Bert gives all birds throughout the year the same feed and that is always Mariman Variamax. Bert says: they breed well, mould fine and perform great.
ONLY ON GRAIN AND WATER IT WILL NOT WORK

Bernice is Bert 's pet pigeon on Sesame Street. Bert has taught her to play checkers (though she only beat him twice out of ten games). In contrast to the various Muppet birds on Sesame Street, Bernice is played by a real pigeon. How many different pigeons have played the role over the course of the series is unknown.

It’s something simple to say, the year the same food and nothing more. Feeding is a part of the overall management. This includes training, motivation, medical escorts, the ever-fresh supply of various minerals, grit and red brick, salt, fresh vegetables, garlic, seed candy, P40, tovo and peanuts. Three times a year Bert let the manure investigated by dr. van der Sluis, after moulting, before the breeding season and during the racing season. Bert is not deepens not in medicines; he believes it is important that the fancier can see for his self that something is wrong with a pigeon. They are often the same diseases that birds can suffer from and a few of them can be prevented by a vaccination as paramixo, paratyphoid and smallpox. Do says Bert then you have at least no problems by that and that is one worry less. Through his years of experience Bert quickly recognize what is wrong with the pigeons and for the most common diseases such as trichomoniasis (canker), ornithosis, coccidiosis and e-coli, he has the medicines at stock so that he act immediately. He is careful in administering medication, an individual youngster that is something wrong is immediately removed from the loft. Medications are given only when the whole family something wrong.

THE GAME IS STARTED
Bert was during our visit with very busy with the preparations for the new season. He had just paired his racing pigeons for the second time, they may breed five days and then go on widowhood until mid September. He races with cocks and hens, the hens are as much as possible every week, the cocks get for one day long distance race one week rest. All the racing pigeons train twice a day, the hens from 7-8 hours, 8-9 hours of the cocks and the youngsters from 9 to 10 hours. In the afternoon, again the same ritual, first the hens from 4-5, then the cocks from 5-6 hours and from 6-7 hours following the youngsters that in the evening from a quarter to eight and a quarter to nine the next morning are darkened. The darkening ends mid-June and then it’s according to Bert watch out! Experience has taught him a few weeks after stopping darken the e-coli problem may rear its head. After darkening he acidified drinking water every day with apple vinegar and weekends getting the youngsters a two days cure coli of Dr.van der Sluis. In season the biggest problem is canker. To prevent this gives Bert every four weeks a cure from Saturday night 7 hours until 12 hours Monday. After each daily training flight around the loft the pigeons get in the morning 13 grams of food and in the afternoon 17 grams. An exception is the Thursday, then the pigeons may for half an hour eat what they want, then the tray is removed. The same goes for the Saturday night, as soon as the hens were transferred to their home department cocks and hens get for half hours the opportunity to eat whatever they want.
Friday morning they get back 13 grams of food and afternoon at 4 hours they get allsome small seeds so they do gowith an empty stomach in the basket and because they also went to drink. By arrival there is a pinch of small seeds in each breeding loft and only in the evening they get plenty of food. Regardless of what time a pigeon comes home, the hens always goes at 7 pm away with the cocks. Before they are basketed Bert always shows the hens, the first three flights even one hour and subsequent flights 10 to 20 minutes.

FIRST RESULTS OF 2011.
De first two flights are behind us and the results are there. De first blow is half the battle is said. That was certainly the case with Bert. On April 2 he started against 483 pigeons with 1-2-3 (26 prizes of 41 birds), the second flight of April 9 looked like 4-5-9-10-11 at 587 birds (29 prices from 43 pigeons). When the pigeons will be managed to keep this condition throughout the year only the crumbs remain for the competitors.

Enumerate all the good results is impossible, only the results of the large ensemble are put together all prizes are reached 1:100

It is fair to say: WHO WAS BETTER?

In recent years, a 4-number dream results are realized. Look at the number of pigeons!

It is fair to speak of the 'King of sprint.

In 2010, Bert Braspenning became champion old pigeons against 1800 pigeon fanciers. At the speed races he finished second, middle distance he ended first and in the Middle Distance 3th.
In the 65 years he plays with pigeons, he won over a thousand first prizes and championships.
Although he belongs to the older fanciers, he is still very motivated so that competition will have to reinforce all the stops to beat him.
A place in the pantheon of great champions, he has long deserved. 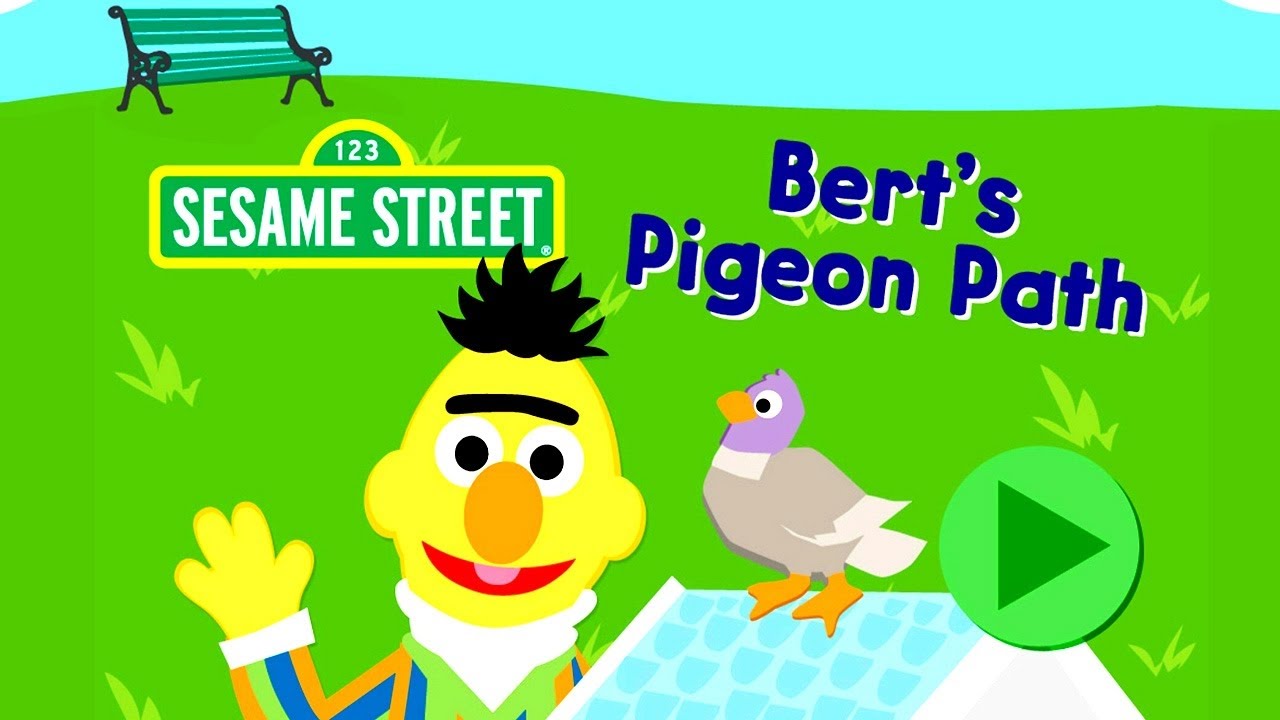 1.The beautiful loft, links Bert that he is honored for yet another victory