Introduction: How to Play Nine Ball

Okay, so you now know how to break in Nine Ball, but how do you play?

RULES & OBJECTIVES. The object of 9 Ball Pool is for the Player to pot the 9 ball before their opponent. Potting the 9 Ball can only be done after making legal contact with the lowest numbered ball on the table. This can happen at any point of the game.

For a detailed look at materials needed, cue handling/spin, and breaking in Nine Ball, go to my tutorial, How to Break in Nine Ball.

In Nine Ball, the rules are simple: pocket the 9 ball and you win. However, as with most other billiards games it’s not as simple as that.

When playing, you must always hit the lowest numbered ball on the table first. This does not necessarily mean you have to sink that ball first, just that it make contact with the cue ball before any other ball. If the lowest ball is pocketed, the second lowest ball takes its place as the required ball to hit.

If you pocket a ball fairly, or without committing a foul, you may continue until no balls are pocketed or a foul has been committed. When a turn ends fairly, the next player will begin from the position the cue ball was left in, following the same rules as described before. For handling fouls, see the following steps.

Let’s go back to the lowest number rule. As said before, you don’t necessarily have to pocket the lowest ball – you simply need to hit it first. Therefore it is entirely possible to sink the 9 with the 1 still on the table, which is the same principle why sinking the 9 on the break is a win condition. Be careful, however – sinking an incorrectly ordered ball will not only cause a foul but also keep that ball off the table, therefore putting your opponent closer to sinking the 9.

For an example, let’s say that balls 1-9 are on the table. You hit the 1 into the 3 and sink it. This is a fair shot since the 1 was hit first, however since the 1 is still in play it must be hit first on the next turn. You hit the 1 and pocket it. From here you must hit the 2 first. After attempting a shot on the 2, you hit the ball but miss the pocket. It is now your opponent’s turn. So how do you commit a foul?

In Nine Ball there are multiple ways to commit a foul. Considering that there are only nine balls on the table at any given time, it is crucial to avoid these scenarios as best as you can

The first, and classic, foul is the scratch. This occurs when the cue ball is pocketed. In most billiards games the scratch will cause a foul so it’s best not to sink the cue ball when possible.

The final two fouls are rare but still possible, one being the no rail and the other the off-of-table foul. If no ball is pocketed, to ensure fair gameplay at least one ball (including the cue ball) must touch a rail, or bank, on the table. Failure to do so results in a no rail foul. An off-the-table foul occurs if the cue ball physically leaves the table, usually due to a bad jump shot. 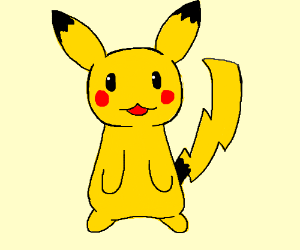 With these fouls in mind, let’s move onto how to handle them.

If your opponent has committed a foul, their turn immediately ends and the cue ball is turned over to the next player. This starts what is called a ball-in-hand scenario, as you are literally holding the cue ball. A ball-in-hand is one of the most powerful positions in Nine Ball, so it is important to know what you can and can’t (as well as shouldn’t) do.

Unlike games such as Eight Ball or Cutthroat, a ball-in-hand in Nine Ball allows for the cue ball to be placed anywhere on the table, as long as the cue ball is not in contact with another ball. Remember that all foul rules still apply, however, so make sure that your placement ensures hitting of the lowest numbered ball first. Most players will attempt placement of the cue ball for a double hit (hitting the lowest ball into another ball) to try and sink the higher denomination balls, or possibly the 9 ball, first.

You should not be placing the ball for a difficult shot, unless entirely necessary. A ball-in-hand practically guarantees at least one pocketed ball, so don’t attempt a difficult shot unless it 1. Sets up placement for a better shot than one possible through ball-in-hand, or 2. Places your opponent at a disadvantage if nothing is sunk. Your shot placement should either aid your next shot or force your opponent into fouling whenever possible, and ball-in-hand is no exception.

After shots have progressed, let’s look at how to win.

Winning or losing in Nine Ball depends on who sunk the 9 ball, and how.

If the 9 ball is sunk unfairly, or a foul has been committed that pockets the 9 ball, the player who sunk the 9 loses.

It is important to note that a foul can be committed while only the 9 ball is on the table as long as the 9 is not sunk since it gives the next player the advantage of ball-in-hand. That being said, you should not foul when only the nine ball is on the table. It is never good to foul but in that case it practically guarantees victory for your opponent.

Now that you know all of the rules, you can successfully play Nine Ball! Have a great time playing!

Format and Object of the Game

Team Tap 9-ball is played with nine object balls numbered 1 through 9 and the cue ball. On any shot the cue ball must contact the lowest numbered ball on the table first to begin a legal shot.

Once you have contacted the lowest numbered ball, any completions that follow allow you to continue your turn at the table.

On balls numbered 1 thru 8 the shooter does NOT have to call their pocket. A player wins the game when he/she has legally pockets the 9-ball in a called pocket.